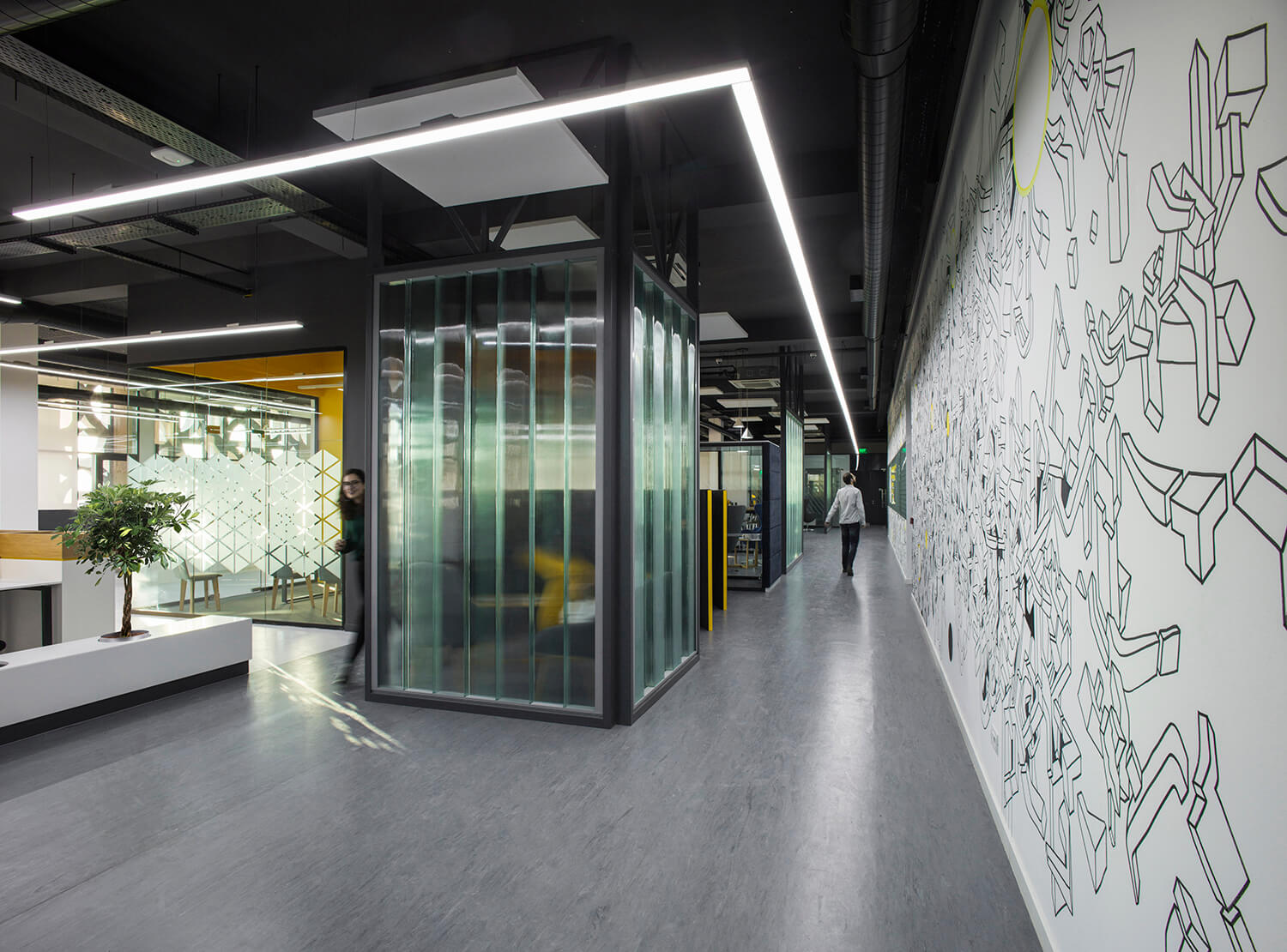 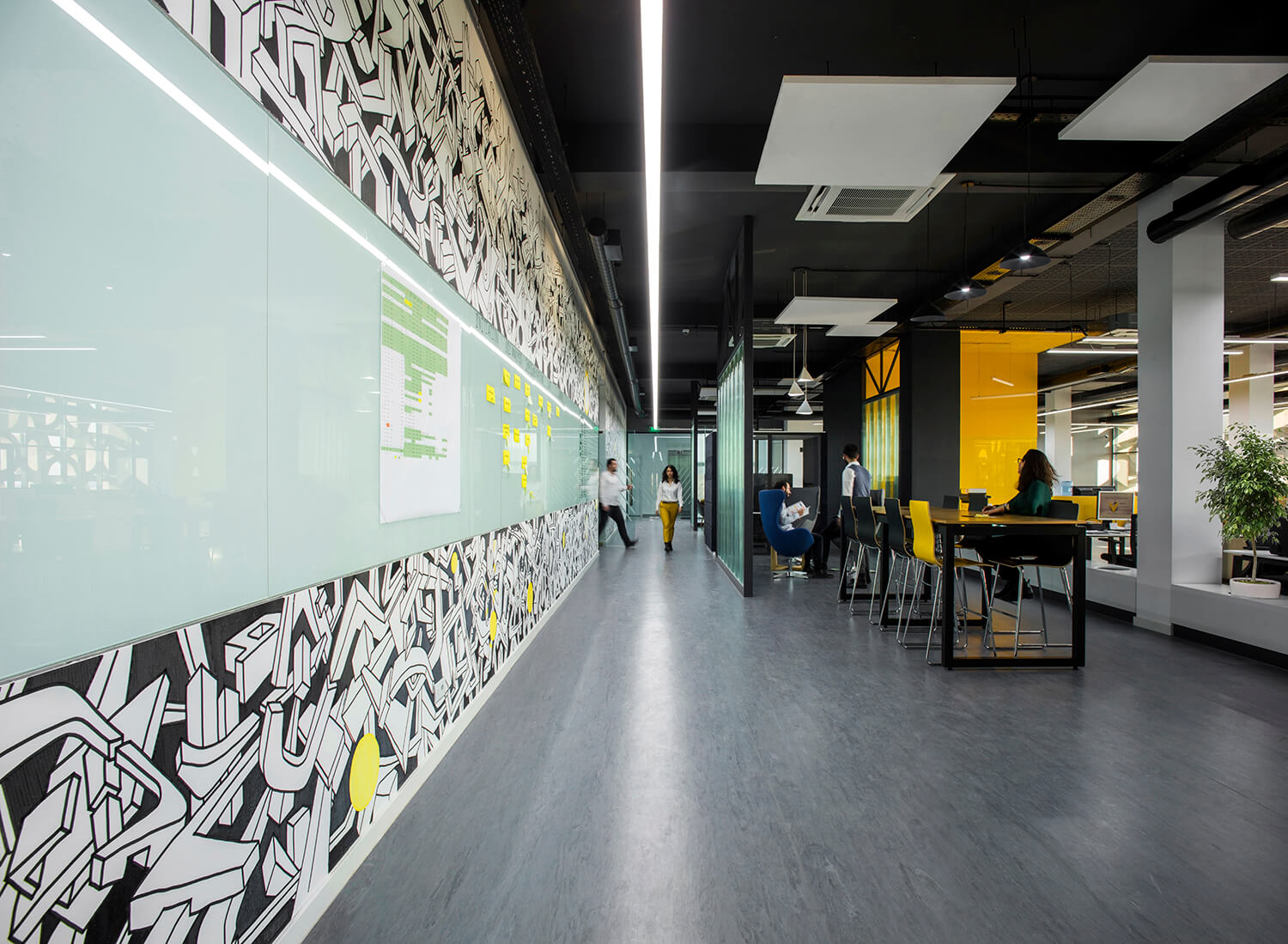 VEON Armenia’s original headquarters is in a building that stood out during Soviet times. Its modern exterior gave it a contemporary and artistic appearance among other standard buildings. The history of the building and its design firmly fortify it as a statement of creativity during Soviet times. Though exceptionally unique, the building was outdated when we first started working on it. The office spaces, to which we gave a second life, are located on the 7th and 8th floors of the building. 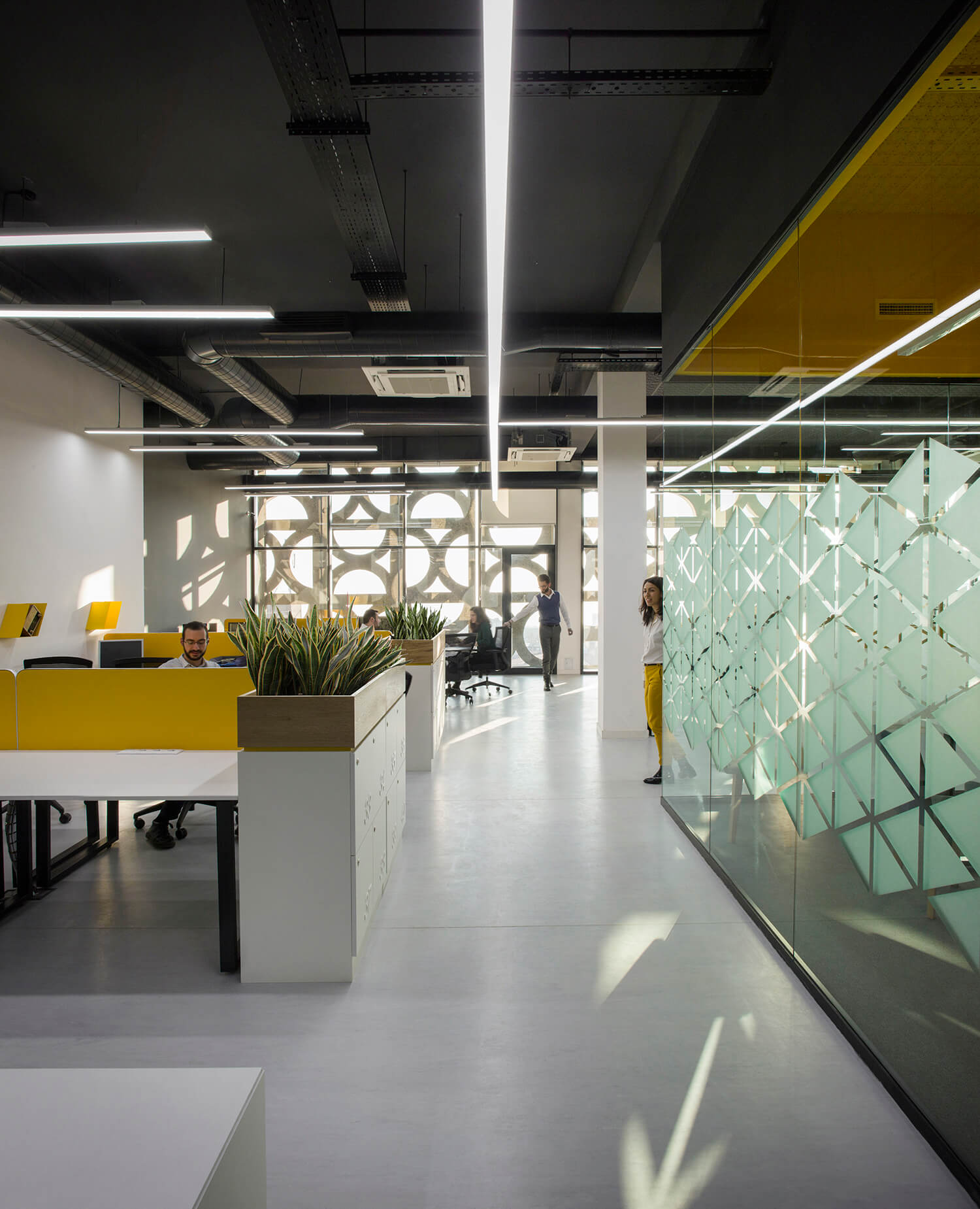 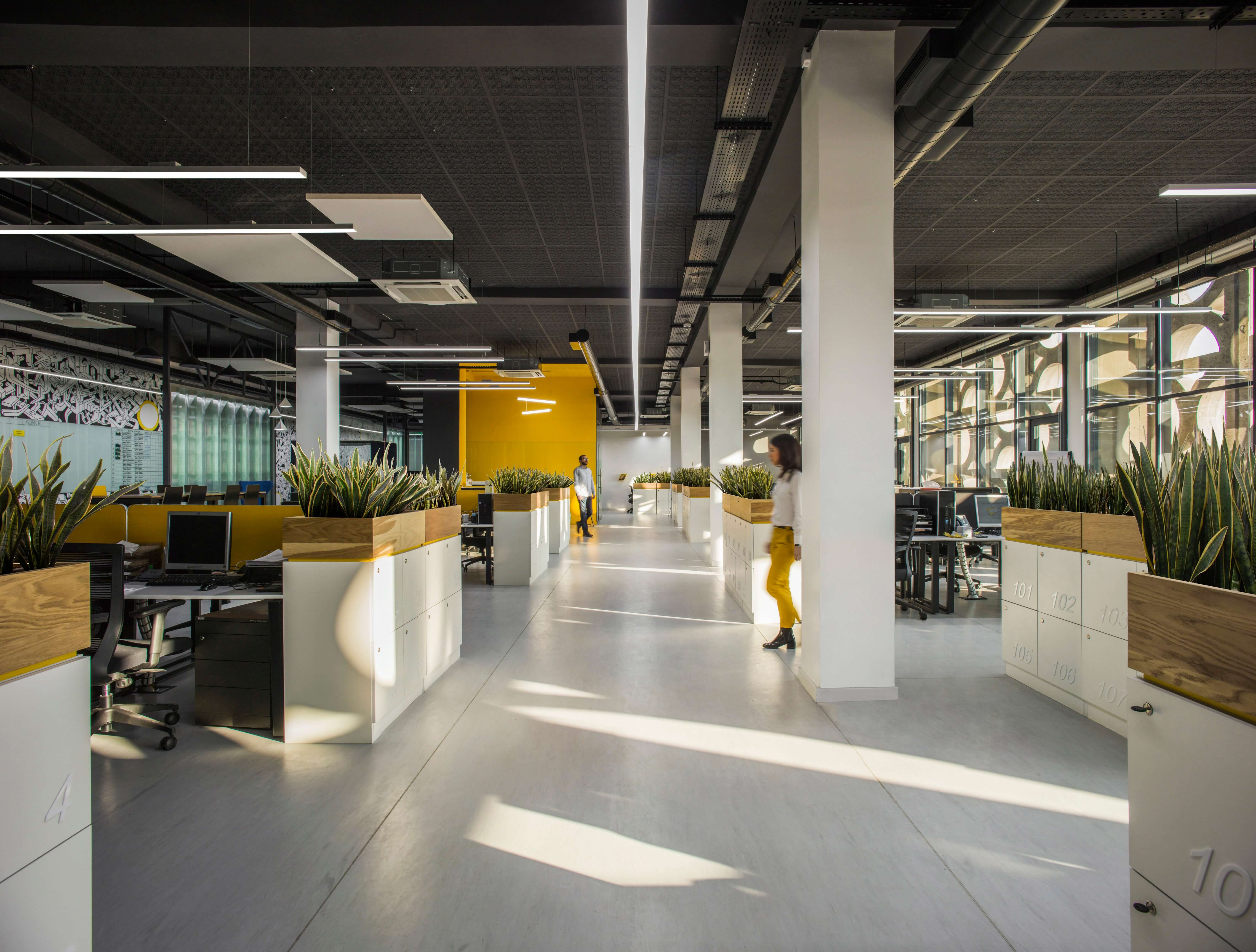 Upon starting the project we looked at what telecommunication means for the modern day individual. It is something that is taken for granted and we wanted to remind people that through telecom technologies people are able to interact with each other and communicate. We kept this concept at the core of our design philosophy. The design connects all the departments and teams that have varying responsibilities to each other to facilitate interaction and communication in the middle of the space. We called this section the street and it is designed in a manner that exploits the concept of an actual city street. 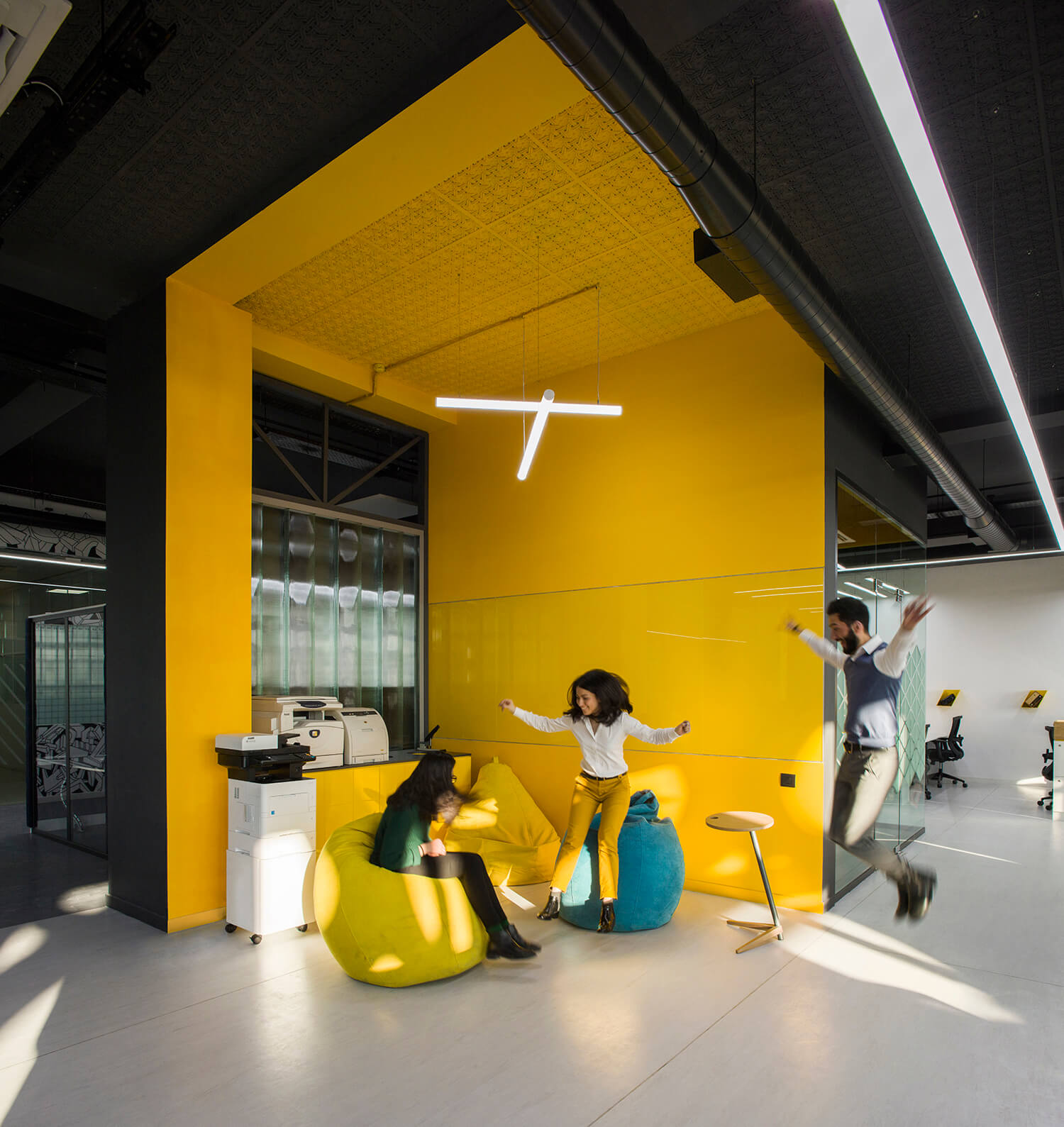 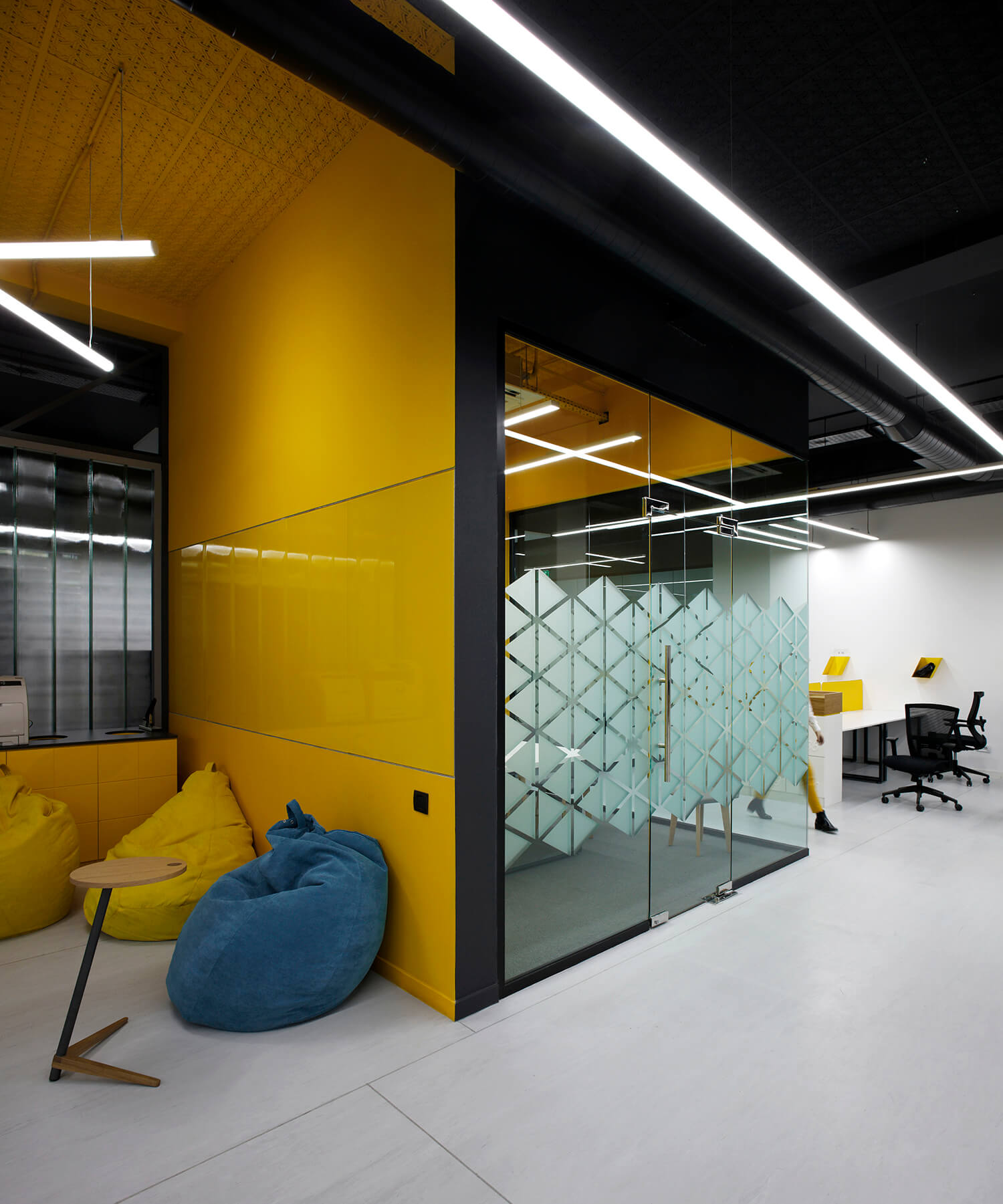 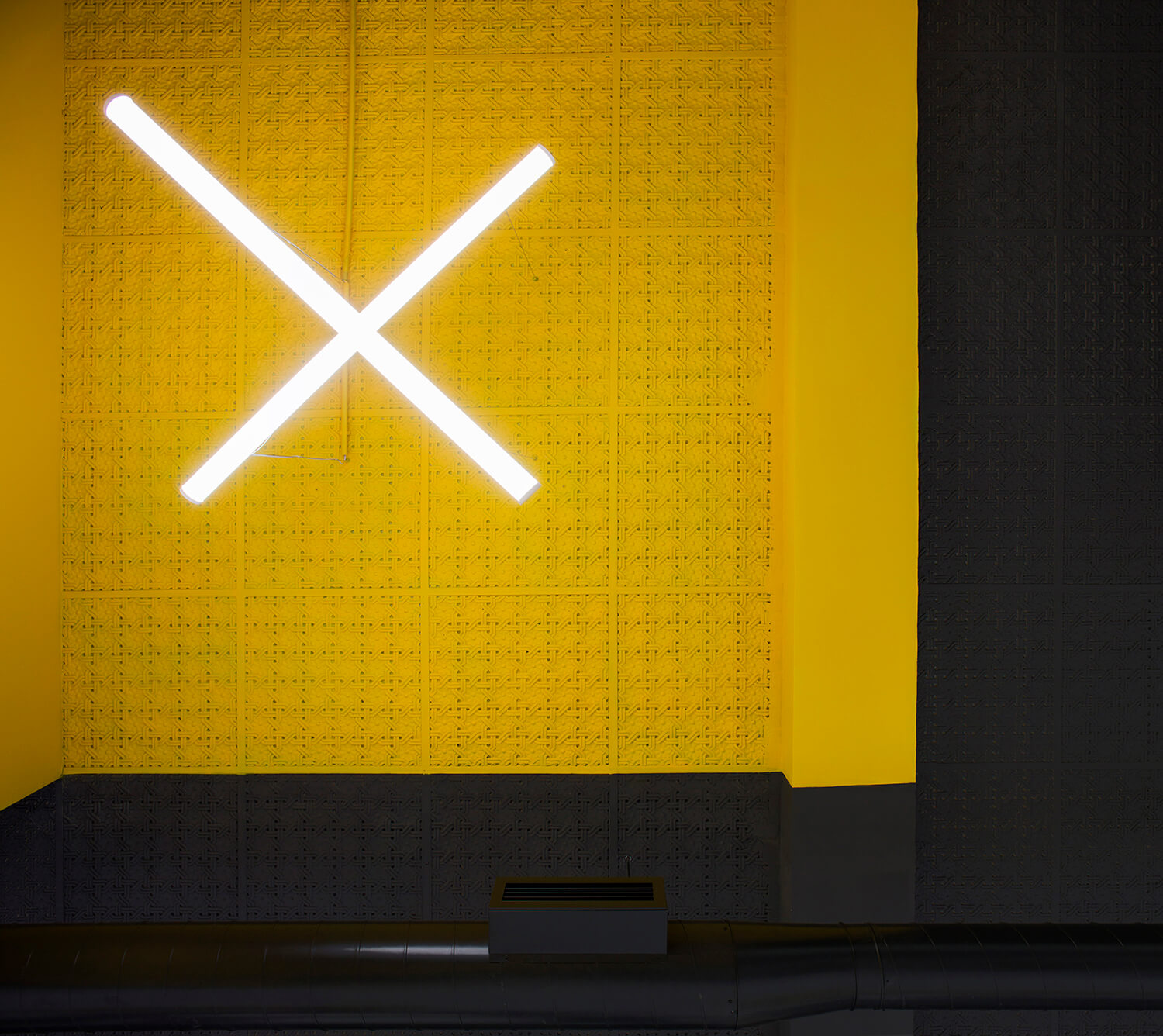 Just like on any street, there’s interaction at every section. Picture yourself walking downtown - there are seating areas, restaurants, play areas, parks, and alleys. All these areas allow for interaction between people and are spaces to discuss, talk, and display thoughts, values and culture. This is exactly the goal we had in mind for the design of VEON Armenia’s office. The street displays different sections, and allows for organic exploration of the space. It lies between the office sections so team members and coworkers can meet each other, interact, and rest.To continue the concept of the street in the kitchen and on the 8th floor, we covered several of the walls with graphics murals that give an impression of street art and graffiti. 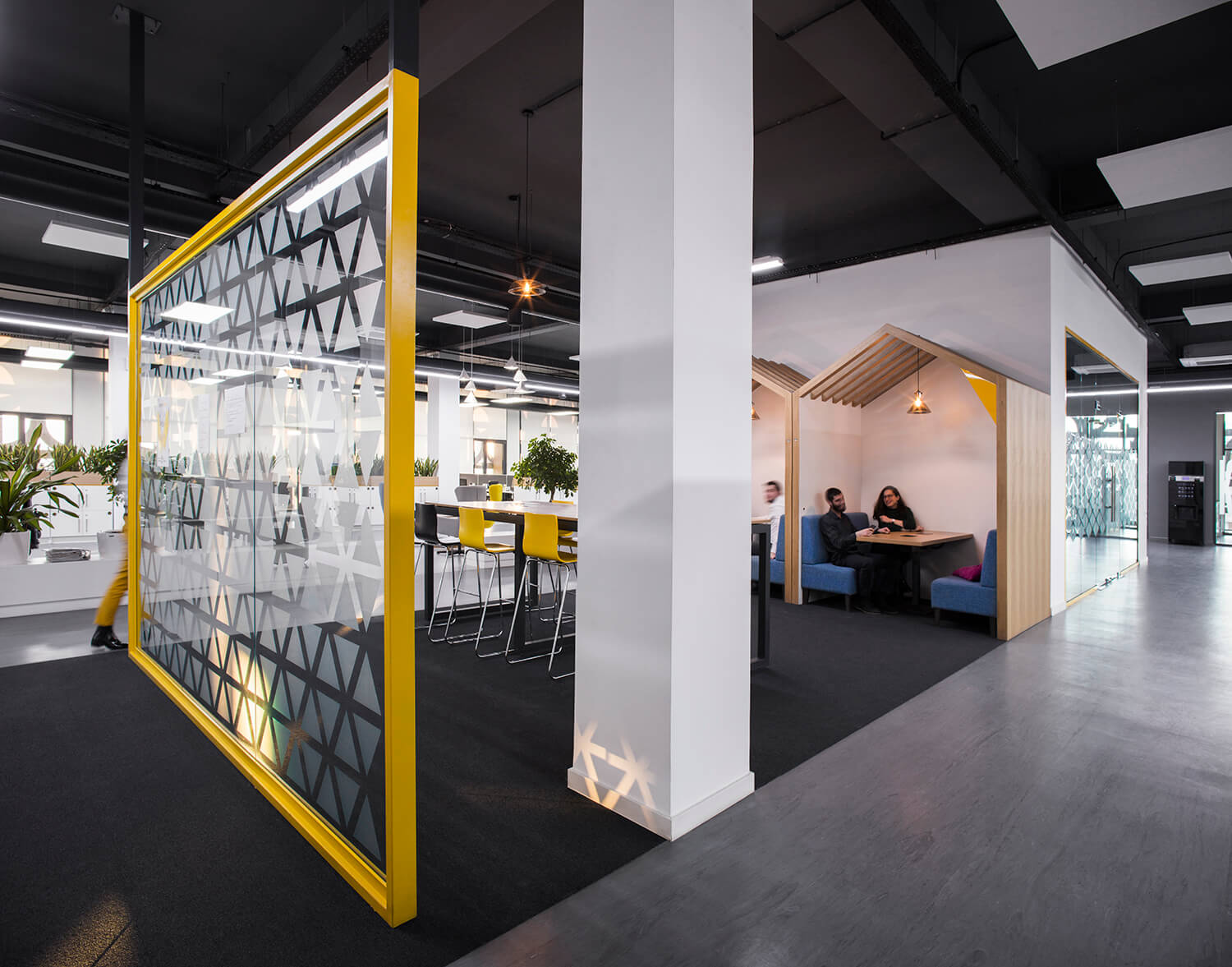 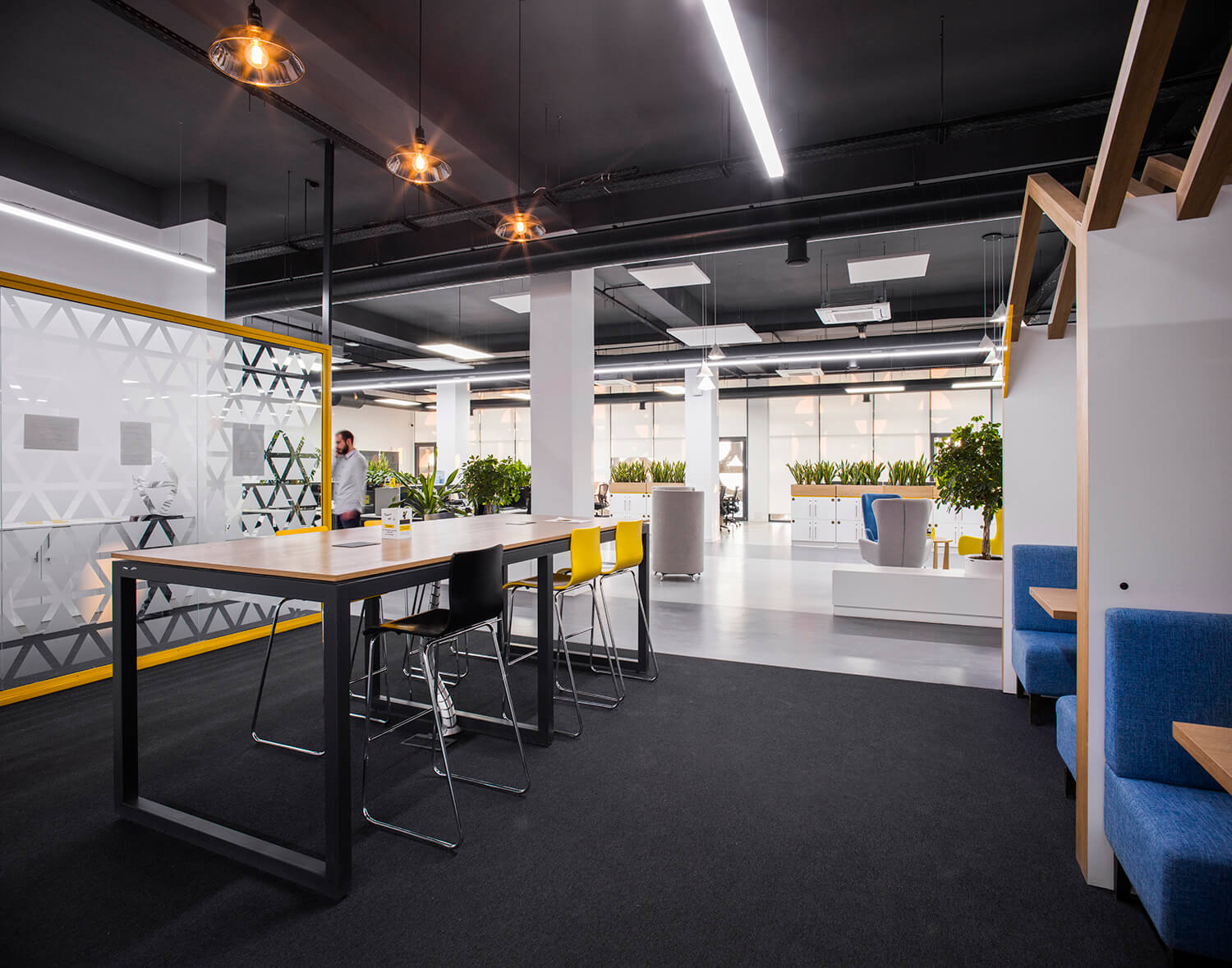 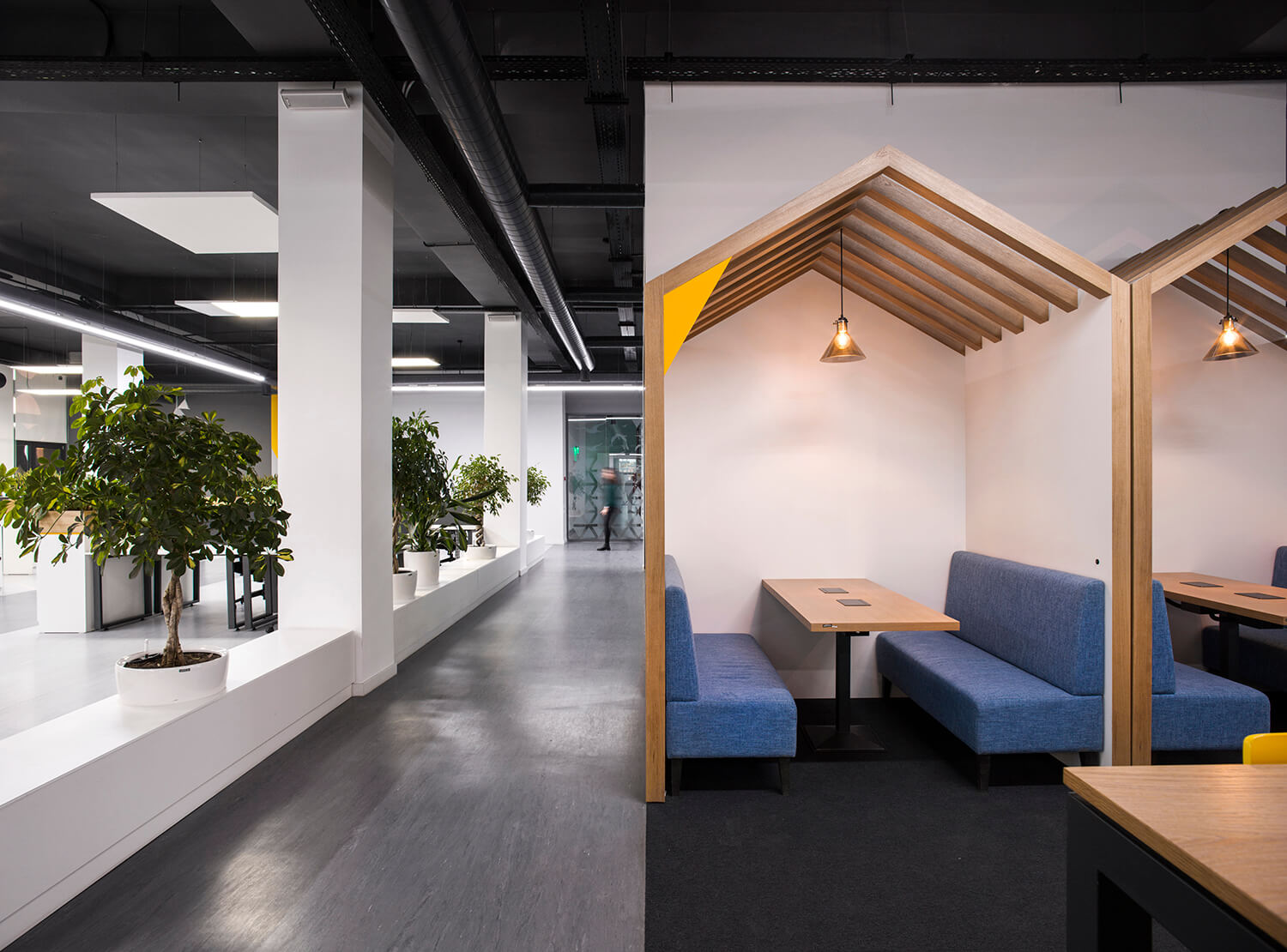 Since the building is a statement of contemporary design in a suppressed time, it was imperative to combine characteristics and details from the original building with the new design. Therefore, every possible thing was done to preserve the original ceiling. The intricate details in the ceiling were all painted and updated. The office has an open space concept, therefore we separated it into zones allocated for working spaces and zones for leisure and rest. The zones are separated by plants, greenery, and U-Glass partitions. The zoning was executed by distributing open offices along with the windows and the meeting rooms on the opposite side, while both sections encompass the leisure and rest areas in the middle. 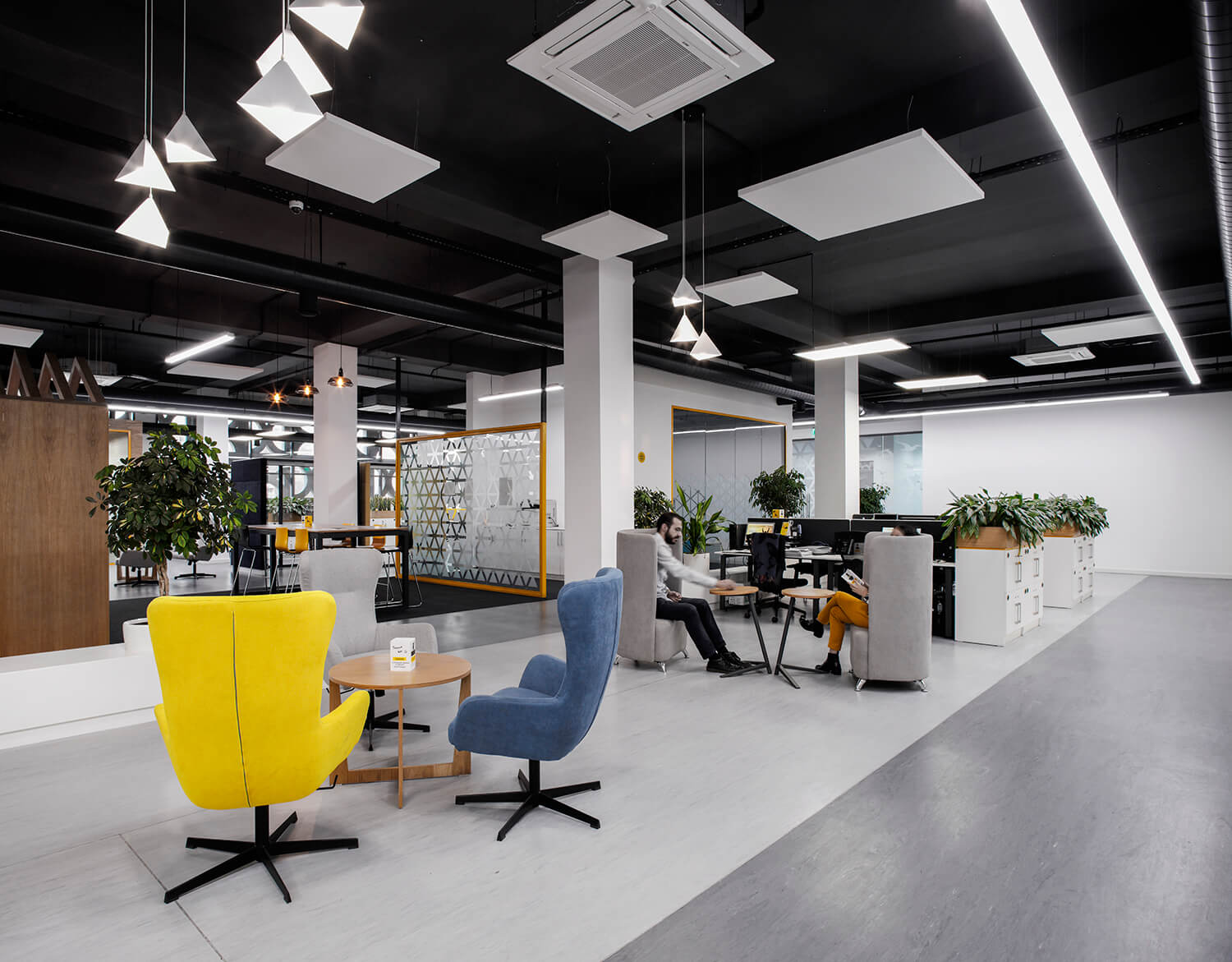 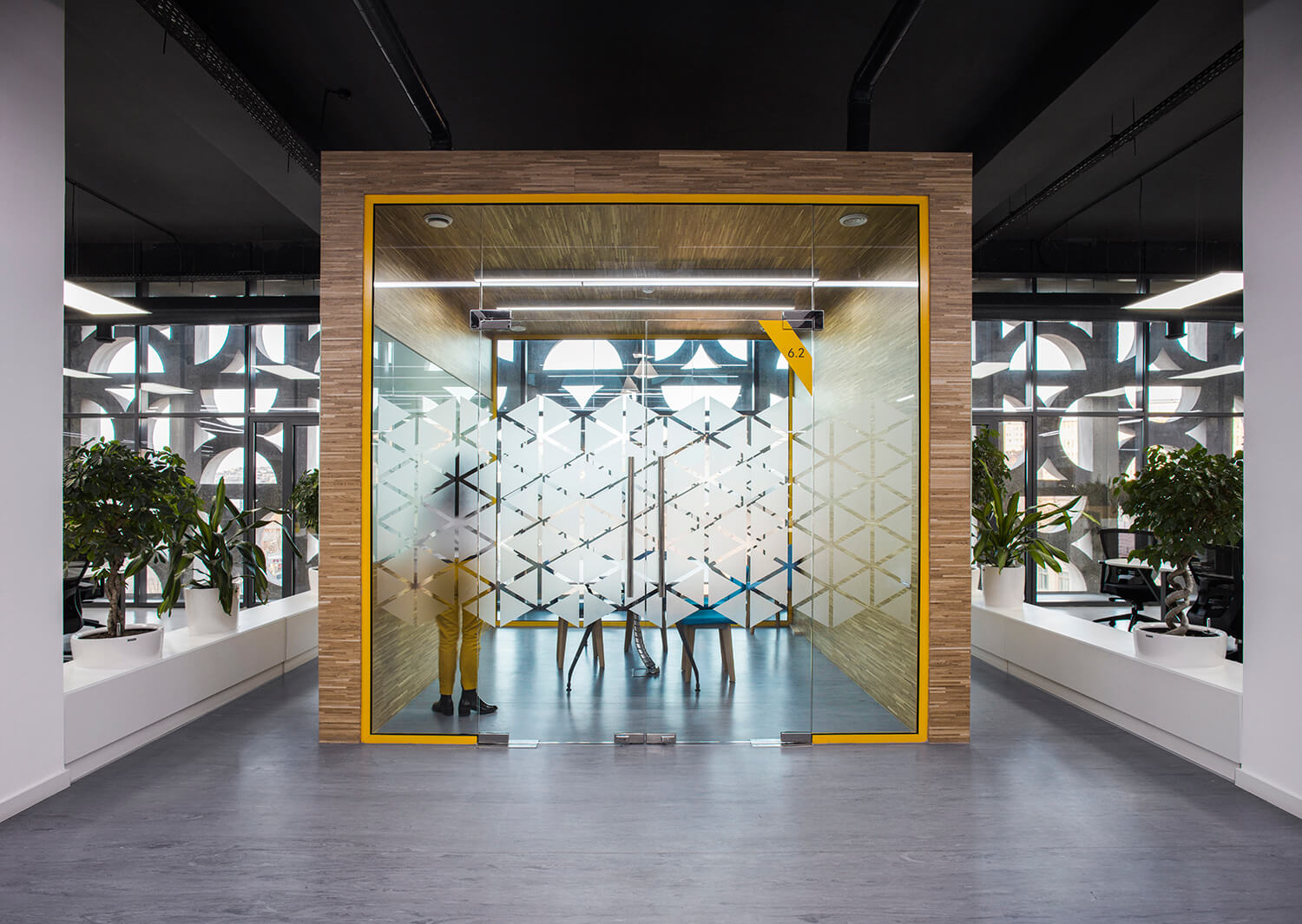 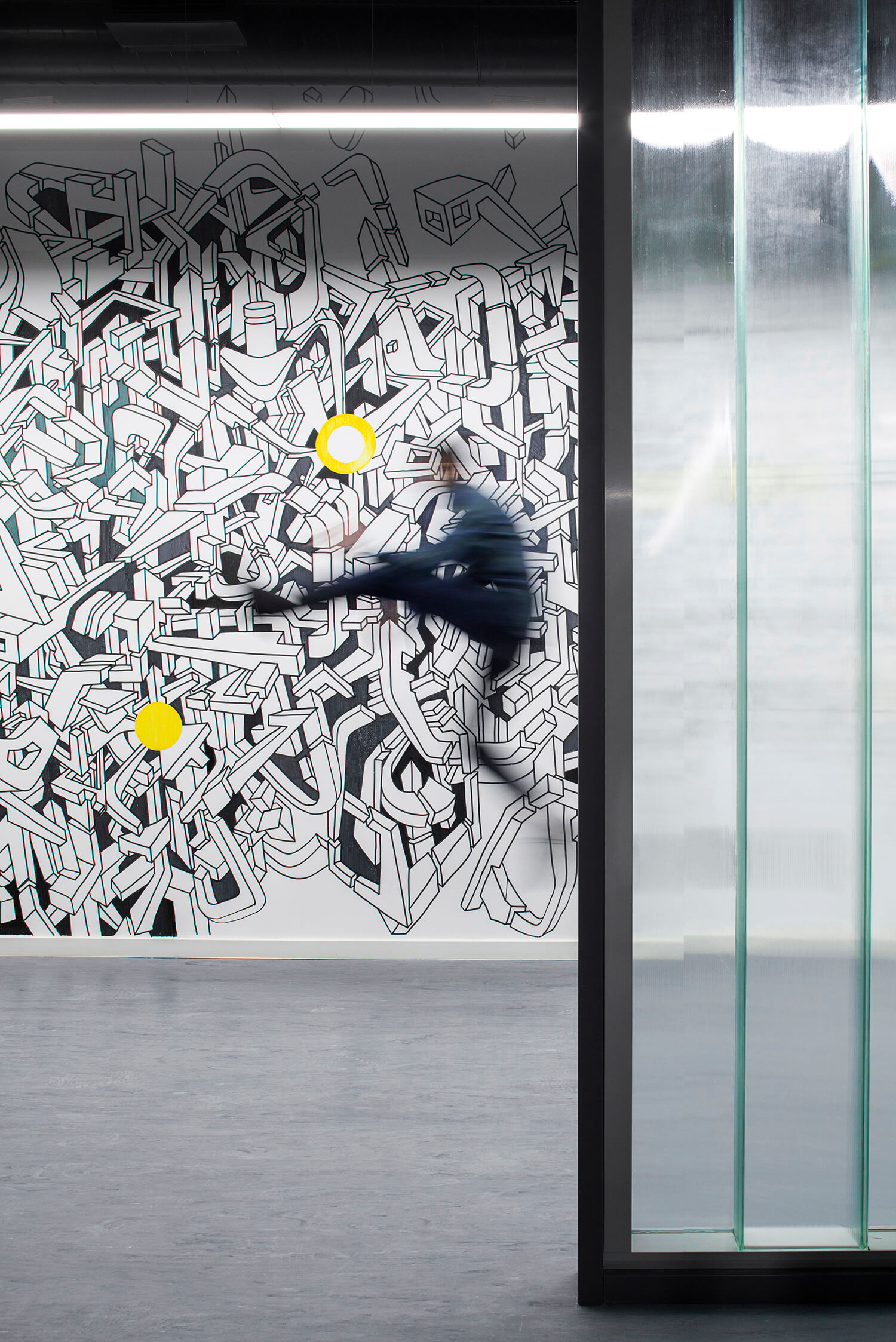 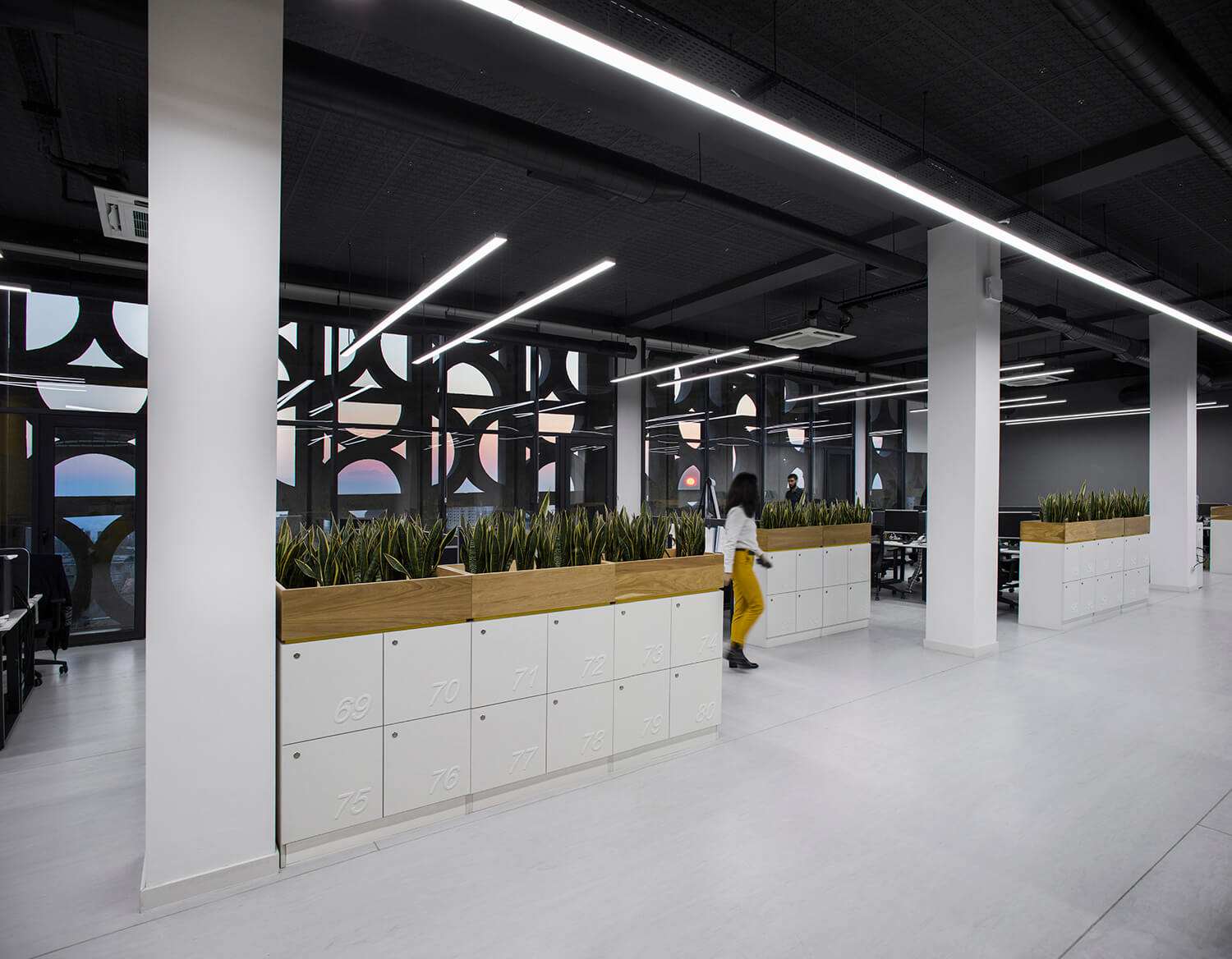 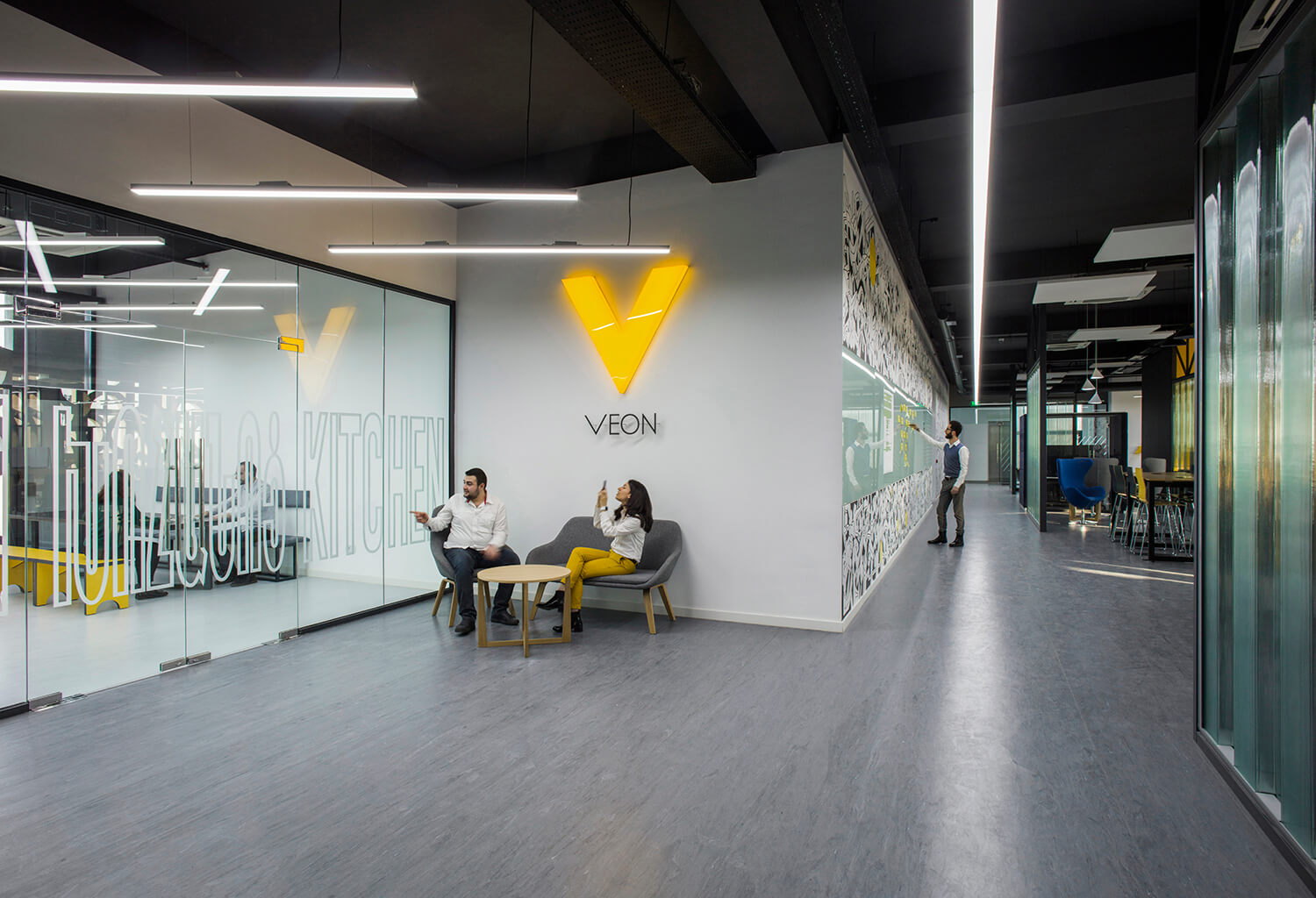 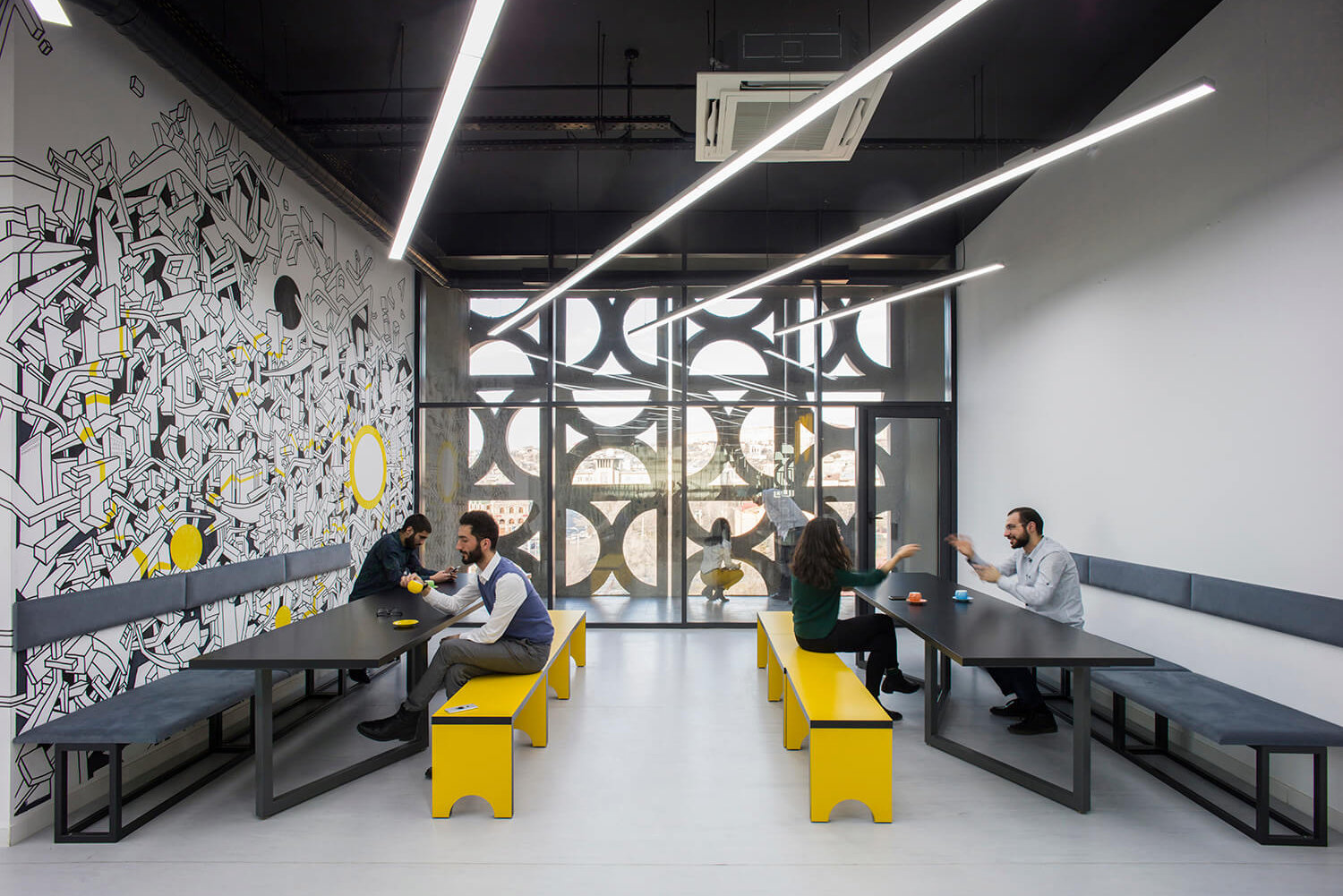 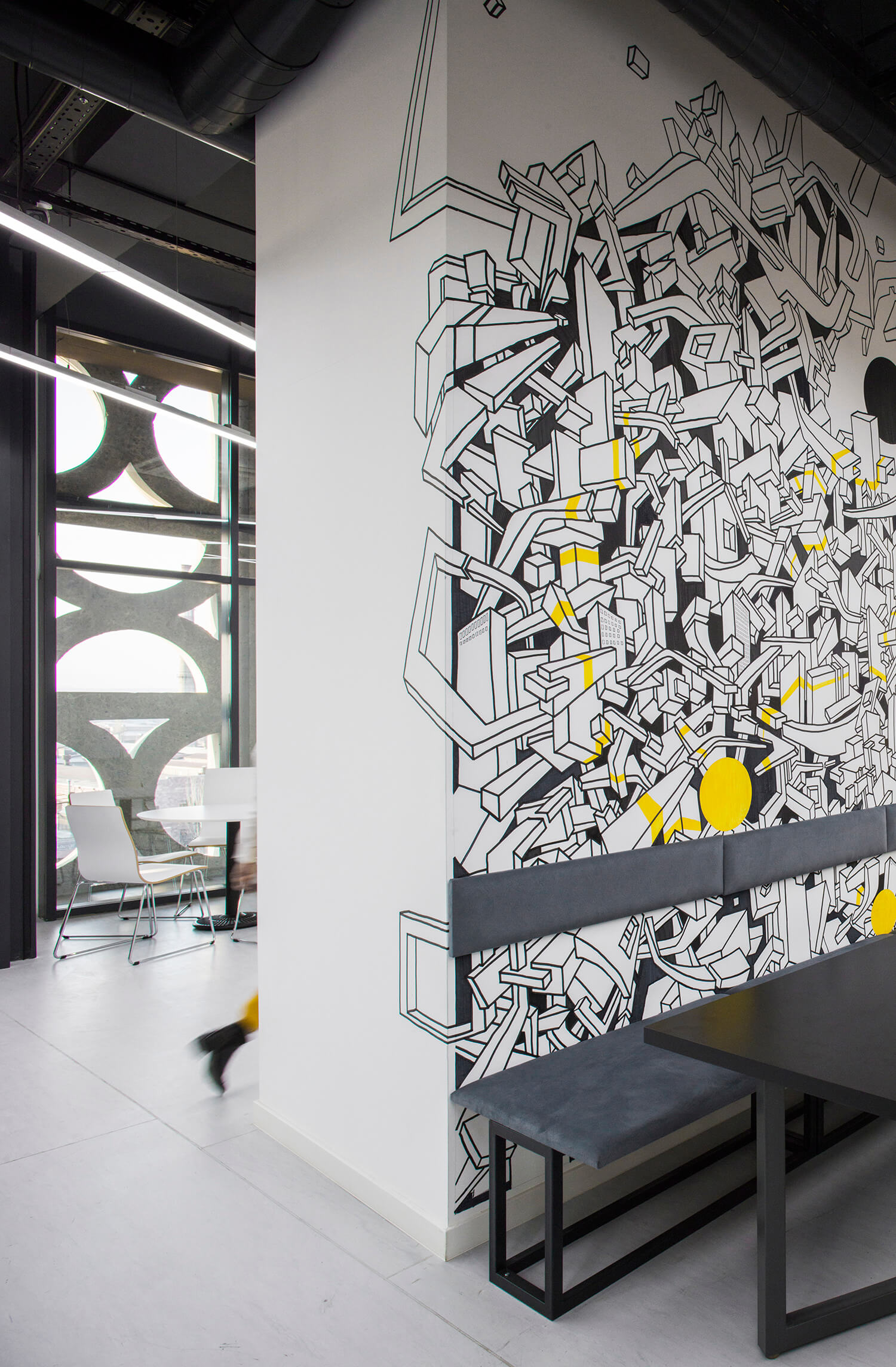 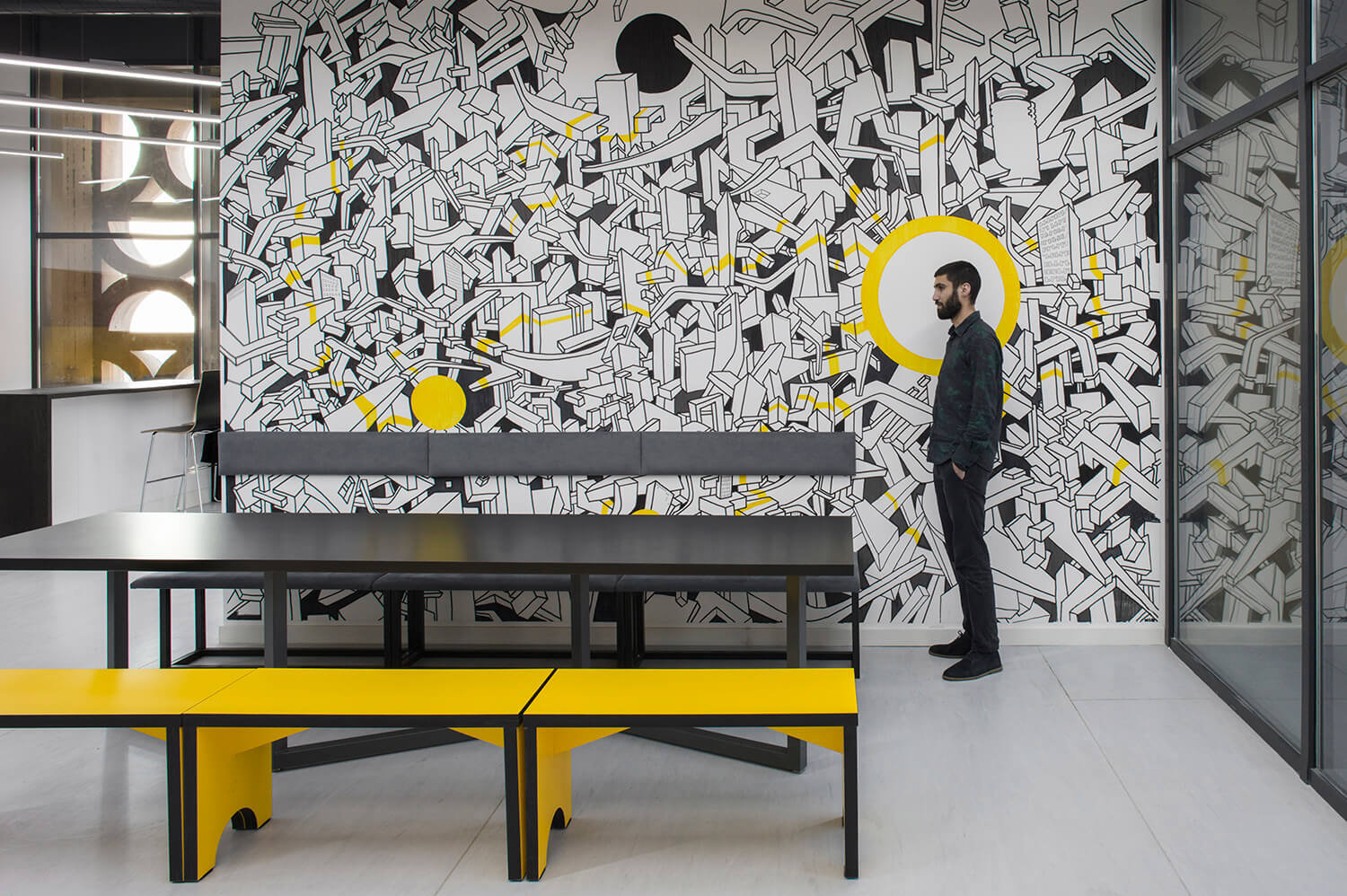